I so love the things that travel and music have in common.When a good beat comes on, language barriers forgotten we clap our hands and embrace what we have in common and celebrate the ways we are different. Our back stories becoming intriguing and we crave nothing but to connect and understand each other in foreign lands. We remember then, that we are brothers and sisters and humanity is okay again.

Of course, long stories aside, music and travelling is also just so much fun!

The Borneo Jazz Festival in Miri was all of the above. Yes, even if you roll your eyes at the cultural significance, as a music festival it’s still lots of fun, with good music and good spirits.

Before attending, I thought of jazz as a collective – smooth tunes and finger-snapping and an upright bass. Semua samanya kan? But no, I learnt that there is in fact a whole spectrum of jazz. At the Borneo Jazz Festival, I learnt about jazz through the soulful performances of talented musicians from around the world. So even if you’re a jazz noob like me, this festival is totally enjoyable and accessible.

Travelling has a way of opening your eyes, your heart, your mind. Music too has the ability to open our doors to new things that affect us in beautiful ways.

About the Borneo Jazz Festival

Now in it’s 11th year, the Borneo Jazz festival is an annual event that takes place in Miri, Sarawak. Borneo seemed exotic even for me, so imagine that amplified for many of the musicians, who fly far far across the world to Miri. I like the idea that their music has taken them on quite the journey, coming to play to a crowd in a place they never thought they’d visit.

I was mesmerized as the plane flew over the winding rivers cutting through the thickest, lushest, green rainforests of Borneo. From the sky I was already excited. Borneo is such a special place and I couldn’t wait to see what the festival would bring. Last year’s Rainforest World Music Festival in Kuching was run by the same organizers, and that was so incredible and unlike anything else. So I had no I had no doubt this festival was going to be really cool.

When Ticket Prices Where to Stay Getting There Visa Requirements

Borneo Jazz Festival takes place in May. It typically runs over the weekend, for 2 evenings. Performances go from around 6pm – 12am, followed by a jam session that goes till late.

The Marriot Miri is just a few minutes walk. The 4.5 Star property has a wonderfully inviting pool and a lush lawn facing the sea. I recommend joining the weekly BBQ.

Pullman Miri Waterfront is another luxury hotel choice in Miri worth checking out. It’s in the centre of town, with a good view and the Pullman attention to design.

Park City Everly is the most convenient place to stay but the hotel is dated and frankly, leaves a lot to be desired.

Take a flight to Miri Airport. The Borneo Jazz Festival is held on the grounds of Park City Everly which is a short 10-minute ride away.

Bring your passport if you plan to visit Brunei, which is  only 30mins drive from Miri. It’s easy enough to do in the daytime before the festival starts.

Borneo is a massive island that is one of the rarest remaining areas of such rich biodiversity and lush rainforests. The Borneo Jazz Festival not only celebrates music, but also educates people about Borneo’s ecological significance and invites them to contribute. I was lucky enough to attend the Pre-Event activity where I planted a tree in the Piausau Nature Reserve. Quite a big deal for a city kid! I’m very honoured to have done my tiny little bit.

Here I am with the Cuban musicians, planting a tree :)

Uhm, the Piausau beach has crocodiles? No thanks!

Satay, laksa, sambal udang, kebabs…. All sorts of delicious food served outdoors in a classy BBQ at the Marriot Miri. This was such a wonderful welcome to the journalists and musicians, with a great sampling of local Sarawakian food. Mmmmmm!

Solomon Ngau played the traditional sape as guests streamed in the sun set in a beautiful display of orange and red.

In this casual setting, it was great to meet some of the musicians and hear their stories of how they got here. There was for example a band where half the original members weren’t attending the festival, so the opportunity was opened up for a young musician to travel to Borneo to play. Incredible.

I had a long chat with 2 members of Manou Gallo too, who were just lovely and it was so interesting to hear their stories.

And then it was time to get ready for festival day! More about that in the next post which you can find at the link below.

Read: My Experience at the Borneo Jazz Festival 2016

Related: Dancing in the Rainforest – RWMF 2015 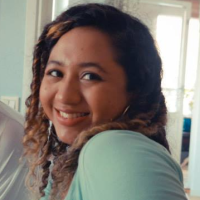 Zambia’s Parks, Rivers and Falls: Best Things to Do